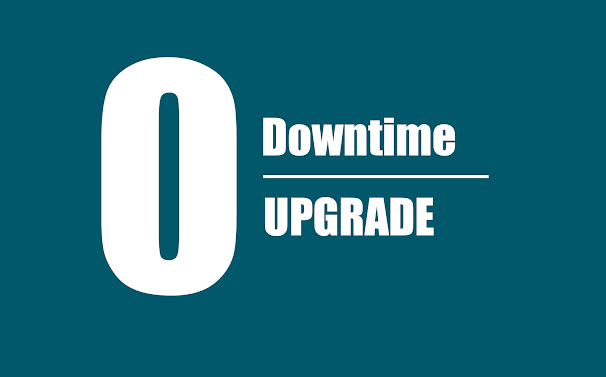 The old repo of SAP HANA 1.0 stores calculation views ( native artifacts : to create and access native database objects ) in a singleton schema _SYS_BIC which is not zero downtime compliant

All changes performed by SUM in ZDO need to be invisible to the user in the bridge sub system . The repo 1.0 in SAP HANA (native artifacts) does not have the capability to encapsulate the changes during ZDO upgrades.

One line summary : To use ZDO , all the create and access database objects which were initially in native artifacts should be shifted to HDI . This migration is required before going up with the ZDO approach of upgrading.

If we need to follow this approach , strict development guidelines for ZDO should be followed by the developers. These changes in software are delivered in upgrades and update that can be critical :-

To achieve that as already mentioned in Step2 [Point 6] , knowing every table that is either changed or accessed by upgrade tool.

RUN_RSPTBFIL_ZDM_CLASSIFY : This automated process is triggered and completely handled by SUM. 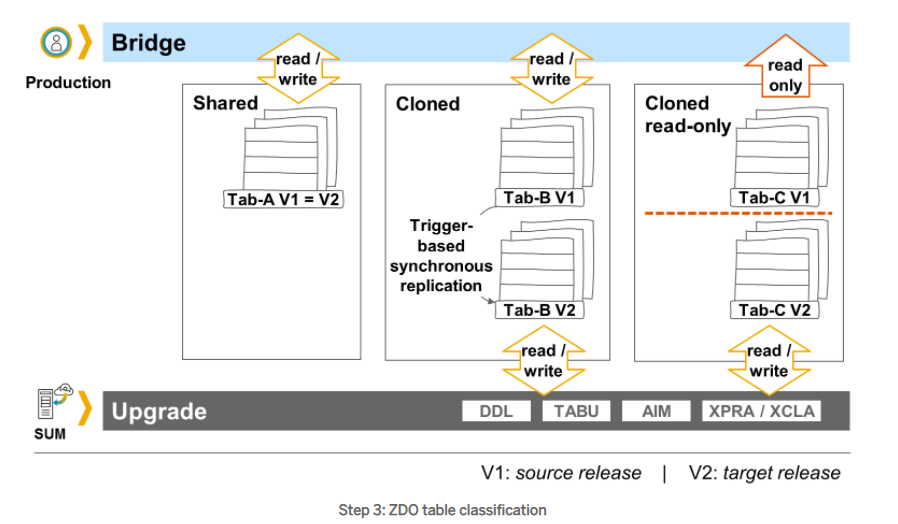 ZDO can have certain impacts on ongoing business operations on the bridge subsystem. Depending on which tables are accessed and at what frequency. To prevent unexpected occurrences of such impacts during the maintenance event on our prod system we have a check in advance.

“what would happen if the defined upgrade scope would be applied in the production system?”

First we run in sandbox with no business user , thus we need not focus on that and production we have business user who will be accessing few table and we should just be aware of the effects it should make.

With SAP S/4HANA 1909 , SAP introduced a new framework to deliver a simplification of data models in event of Zero Downtime Option. Allows the developers to decouple the data model changes of a business application from functional change. While after an upgrade runs on target version the old data model  is still compatible with the new application (Both old and new data models are allowed to use)